Well if it goes in to affect everyone in North Dakota will be able to sell weed as well as grow it and possess any amount!

This is the most generous of proposed cannabis legislation yet. The thinking is to keep roadblocks to implementation as minimal as possible as well as not adding a burden on the state in the way of having to create a separate department to control the sale or growing of cannabis in the state.

Therefore everyone in ND can be your Weedman or you can just grow your own! 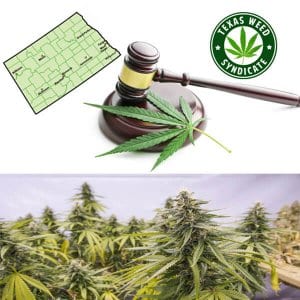 Come November 2018 the newly proposed marijuana legislation will get voted on. The legislation is being championed by an organization called Legalize ND. The required needed signatures needed to bring the legislation before voters were exceeded by 1200 more signatures than needed which in our opinion shows how much support there is in the state for full legalization of cannabis.

According to David Owen of Legalise ND one of the biggest reasons for keeping this legislation this wide open is because of what has happened with the roadblocks being experienced by the medical marijuana bill which passed in 2016 but is still not implemented due to legislative roadblocks. The law passed but actual dispensaries have not been opened due to a lack of agreement on the governments part as to how to regulate it. 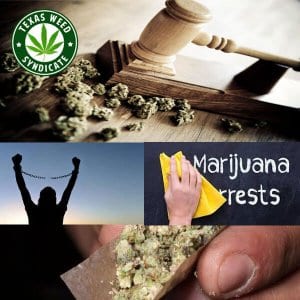 How Is The Expungement Part Of The Legislation Causing Hesitation?

Medical Marijuana use in the state has already been passed and is in the process of being implemented. Medical passed with 64 percent approval, however, the full recreational push is not being as heavily supported but still has a respectable amount of support coming in at 49 percent while 39 percent oppose full legalization the biggest rub being the proposed expungement portion of the law which proposes to expunge all nonviolent cannabis offenses.

There is a concern that violent criminals may get an expungement that is not warranted which would allow them to act freely without anyone knowing of their previous violent offense.

Legalize ND stance on this is that those already convicted will have to serve out their time regardless of this law. Once they have done so then the state has 30 days to seal or expunge the cannabis charges. The state will have 10 days after that to inform the person in question by mail and inform them of the expungement.

While the concern is valid, expungement is to only affect nonviolent marijuana offenses.

The stance of Supporters Of The North Dakota Marijuana Legislation

Supporters argue that this type of legalization will free up law enforcement to focus more on the enforcement of other crimes. We tend to agree that police resources could be better spent on solving true crime and putting away violent criminals and othe r offenders that pose a threat to upstanding citizens.

No longer will people have to face incarceration for something as harmless as smoking pot. Many a life has been ruined by having a criminal record over smoking a little weed here and there, as well as even being locked up for the offense. Which seems extremely excessive for an offense that should be equal to consuming alcohol. While we agree you should not operate a motor vehicle or endanger the lives of others with your consumption of either it is time that the marijuana prohibition is over and sensible use is decriminalized.

The Opposition Cite’s That The Burden Will Be Shifted Elsewhere!

The concern of North Dakota residents that oppose the law as well as the state’s Attorney General, Wayne Stenehjem seem to be that pressure could be put elsewhere like into the treatment of marijuana users. The Attorney General also does not feel that decriminalizing marijuana and making it completely legal will make North Dakota any healthier or safer.

It is our opinion that this piece of legislation will not be a burden that will present itself in some other form to the state or community. While you will always have people that will abuse anything marijuana has seen use in wheening people from opioids as well as other heavier drugs. So it may actually be the answer to a healthier and safer North Dakota. Only time and actual implementation of this law will tell what the effects will be.

So come November 2018 we shall see how the people of North Dakota feel about this legislation by their votes. Personally we hope to see this legislation passed. It would send a clear message that the best way to handle legalization is not with extreme control but with good common sense and current law enforcement already in place using the same laws that govern alcohol usage for the most part.

Cannabis Decriminalization May Come To Texas!