So just the other days someone approaches me and says ” Hey you can fly with marijuana on you from California to Canada or to other legal states now. My initial response was ” No Way!” since that touches federal jurisdiction it would seem very unlikely that you can fly with marijuana on you whether it’s medical or otherwise! So it seems I am right and ohh so wrong at the same time.

Can You Fly With Cannabis On You Legally?

So really here is what the deal seems to be. The nice people of the TSA that feel you up before you get on a plane really do not care about drugs period. So while it’s still illegal to fly with marijuana on you it seems that enforcement is in the grey area.

The TSA’s concern is more about safety and possible things that can interfere with the safety of a flight or the airport rather than marijuana. That is more in the DEA realm of things which seems to be in short supply these days.

From everything I can gather this is how this seems to go down even if you get caught with marijuana on you in a state where it is legal. Keep in mind this varies from state to state as do the regulations on possession and its amounts. 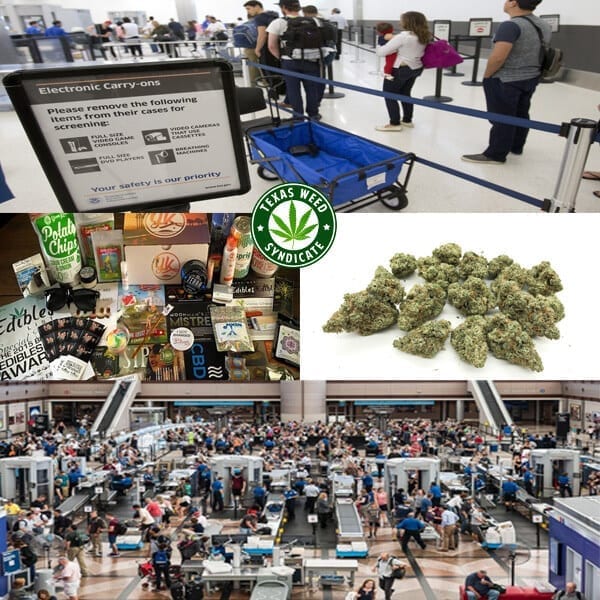 What Will The TSA Do If They Find Pot?

So for one if you have marijuana in your possession in the form of a pen or an edible its very unlikely that you will even have anyone look at that. But if for some reason you are found with marijuana at the airport trying to board a plane here is what the rundown is.

Remember federally you are still carrying a Class I drug on you so I would imagine if you were caught with excessive amounts federal law enforcement will get called.

We tend to forget that even in places where you can buy marijuana legally federally it’s still illegal. It’s just simply the fact that not enough manpower exist for the federal government to take action and let’s hope it stays that way or they finally get with the program and declassify marijuana as a drug.

Also, there are different policies depending on the airport in legal states so stay informed! 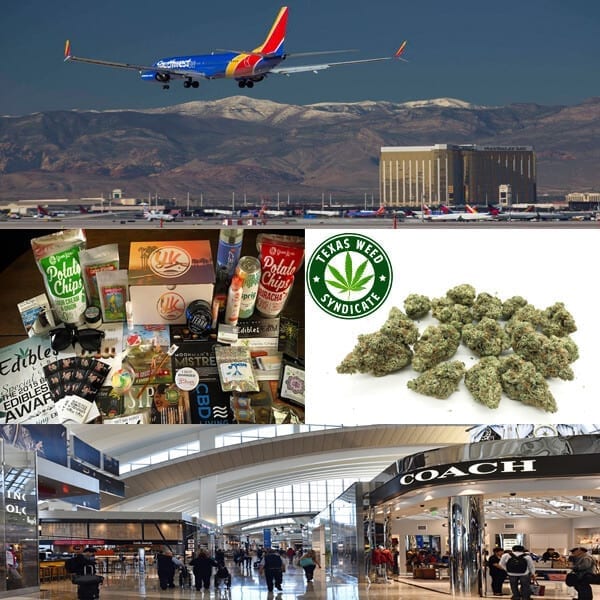 Should I Check My Marijuana In Or Carry It Onboard?

According to an article in Hightimes, the recommendation seems to be to carry your weed on board with you and not check it in. Since if you’re checked in bags are checked and they find your cannabis it will likely get confiscated and tossed without your knowledge. You will only know how it went when you arrive at your destination and get a chance to check your bags.

The thought process seems to be that if it is on you then you can protect it from confiscation. Personally, I am not sure that I would put up much of a fight and that maybe checking it in would be easier and if it’s there great if not ok you lose that round.

Things the TSA Might Thing Are Part Of An Explosive Device

Just be mindful of how you pack these things when you put them in your check-in luggage. As you can tell this list is rather lengthy and includes things that we likely carry as necessities which would make the argument for the previous Hightimes recommendation of putting your marijuana products in your carry on.

The key is to pack things away from each other so anything that could look like a bomb trigger should be far away from anything that might be mistaken as an explosive device. If you pack properly with this in mind you can avoid a search of your checked in luggage but if you put these things next to each other and they are misconstrued as a possible explosive device then you will likely have your luggage checked.

Things In Your Carry On That Can Trigger A TSA Search

Now there is also things that you need to be mindful off when you decide to carry on since certain items in your carry on can also trigger a search.

A Little TSA Video On Liquids & Carry On

So in closing please keep in mind that you are crossing into some grey area when flying with marijuana even in legal states and you are definitely asking for trouble if you are going to a destination where it is still illegal while at an airport where legalization exists the consequences seem minor on the other end consequences can be much greater.

So while it seems that you can now fly with marijuana we do not advocate it. It does seem however that its something that you can get away with but when you can’t think if you can live with the consequences.

Marijuana Gets Its Day In Federal Court

Opiod Addiction Becomes A Reason To Get Medical MMJ In NJ