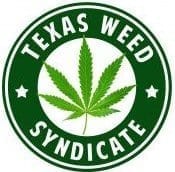 Don’t we all want more? Of course we do! This more stands for Marijuana Opportunity, Reinvestment & Expungement Act. Its about decriminalizing marijuana as well as expunging the records of people that have been convicted of marijuana charges. This bill is introduced by Senator Kamala Harris & Judiciary chair Jerry Nadler. Its an interesting turn of events for Sen. Harris since not long ago when she was running for re election in 2014 and asked about her opponents pro stance on marijuana she laughed it off to now introducing this piece of pro legalization.

Whats The MORE Act About?

This act is about decriminalizing cannabis as well as giving anyone with a criminal record based on cannabis the ability to have it expunged! The offender can request an expungement and the record will not longer haunt them. It is Sen. Harris’s believe that too many individuals in America are handicapped by something as trivial as a marijuana charge. By removing that stain from their record they can once again be productive members of society with out any stigma.

The act also wants to ensure that you can not be denied welfare benefits based on a marijuana conviction or have your immigration status affected by it.

What also sets this act apart from others is its position on how to use legalization to benefit our social economic environment. It has provisions for taxing as well as creating a trust fund that is geared towards helping communities which have had the biggest impact by the war on drugs. Which we all know failed miserably.

Senator Harris had this to say on the state of things and her vision for the MORE act.

“Times have changed — marijuana should not be a crime,” Sen. Harris said in a statement.

“We need to start regulating marijuana, and expunge marijuana convictions from the records of millions of Americans so they can get on with their lives. As marijuana becomes legal across the country, we must make sure everyone — especially communities of color that have been disproportionately impacted by the War on Drugs — has a real opportunity to participate in this growing industry.”

The fund would be created by a 5 percent tax on marijuana and products made from it or containing it.

There has been much support for this bill by many pro marijuana advocacy groups .

Some Thoughts On The Whole Thing

With so many states legalizing marijuana and allowing for legal marijuana dispensaries in their state isn’t it time the federal government either got on board or stepped out of the cannabis ban by just decriminalizing it and letting the states decide? We thinks so and are hopeful with all the support on both sides that this will be a reality in our very near future.

As to Senator Harris being sincere about her change in stance on this issue from just a few years ago only time will tell. Or is it just politically driven since she is now a democratic presidential hopeful. We would say its definitely interesting timing.

As more and more American’s become tired of the cannabis ban and are seeing the benefits in their own communities with the changes in law we think that a pro stance is a politically positive one these days.

More people are seeing the upside of legalization versus feeding prisoners to jails and ruining people’s lives over what is a personal choice and should never have been regulated period. While we strongly agree that laws for public safety are needed like driving while under the influence and such the rest is a personal choice.

Also lets not forget the medicinal benefits that are starting to be discovered and researched since legalization on a world wide scale is on the rise!

By Using This Site You Certify  You Are 21 Years Old.

Change Location
To find awesome listings near you!