There is a legal battle brewing about federal policy on marijuana and the current administration’s refusal of taking steps to make it legal federally. Their current stance is let the states figure it out however that answer is not in the best interest of people that are using cannabis medically as well as the marijuana industry. A hearing is about to take place to start to combat the current federal stance on marijuana and to posture that it is unconstitutional as well as citing some history of marijuana as use as medicine by even some of the founding fathers like James Madison and Thomas Jefferson who used it to fight his migraines. Even our last president admits to smoking a bit of the whacky weed from time to time. It would seem that the time has come to stop stigmatizing this plant and to allow its use on a federal level.

Cannabis Is Currently Classifies As A Class I Drug 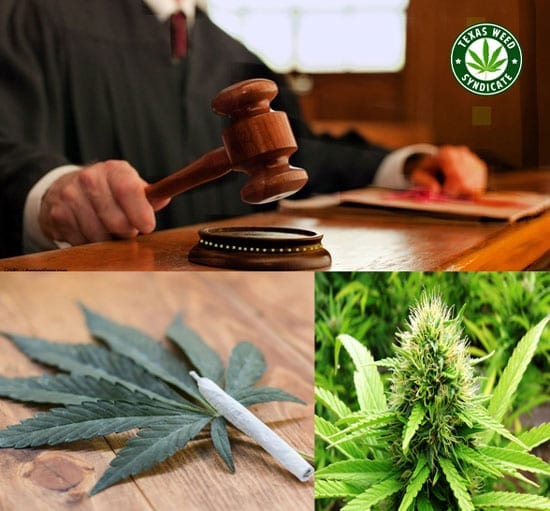 The current classification of this natural medicine is that of a dangerous drug and puts it’s in the most restrictive of categories. Making things like shipping it even within a legal state and illegal act. Also for patients that are using this natural medicine for their ailments travel is restricted because they cannot take their medicine with them out of state.

The lawsuit claims that it is hypocrisy that is standing in the way of declassifying weed and making it legal federally. Cited are things like a patent that was obtained by the Department Of Health & Human Services in 2003 citing certain compounds in marijuana that protect against brain damage. Also in 2015 the surgeon general openly stated that pot has medical benefits. So armed with all this as well as a history of marijuana as a drug the lawsuit seeks to overturn what they intend to show as an unconstitutional law and make weed legal on a federal level or at least have its classification as a class I drug reevaluated. The Honorable Judge Alvin K. Hellerstein is taking the lawsuit seriously and has put it in front of all other cases in his courtroom. Being a landmark lawsuit this hearing will surely be surrounded by media and made quite public. There is even talk of a live stream in order for people that could not come to New York for the hearing of the case could watch and follow along in their home states.

30 States Have Legalized Marijuana In Some Form:

It is no accident that this lawsuit is now happening with 30 states in the USA having some form of legalized use of marijuana. The timing is right to change federal laws and to make a full out push to legalize this medicine on a federal level. The marijuana industry has quickly become a multi-billion dollar industry along with all the sellers of paraphernalia this industry is only growing stronger. We believe the fact that Mr.Session put out the threat on January 4th that the attitude of the last administration of a laissez-faire approach to the marijuana industry is over even for states that have chosen to legalize it. It makes this action an imperative action to protect the new and booming industry as well as the rights of the citizens of that state. The clear answer is legalization on a federal level at least in states that have chosen to make it their will to have this medicine legally available to its residents. So keep tuned in to see where this all falls and how the industry as well as the millions of people that have become dependent on marijuana as an alternative to harsher chemically produced modern medicines that in this writers opinion are not as effective nor do they have the lack of negative side effects. Modern medicine is a downward spiraling circle for many patients that are dependent on one pill to live but are taking 6 others to fight the side effects of the one pill they really need to survive. Also consider the cost of this medicine. It is very reasonable as well as you have the ability to grow it yourself and pay next to nothing for it. If this becomes a reality and this plant becomes legal then expect to be able to buy marijuana online as well as locally in states that have legalized it if not the entire nation!

Benefits of Legalization Of Marijuana On A Federal Level

So in our minds it’s a no-brainer to legalize marijuana and to make it available to all in the USA that are in need of it. More and more studies are showing the benefits and the lack of negatives of this god made medicine. We’re not saying it is trouble free just like anything good it can be abused and should be controlled as medicine for anyone that is a minor and either medical or recreational for consenting adults.

North Dakota Has The Best Proposed Marijuana Legislation Yet!